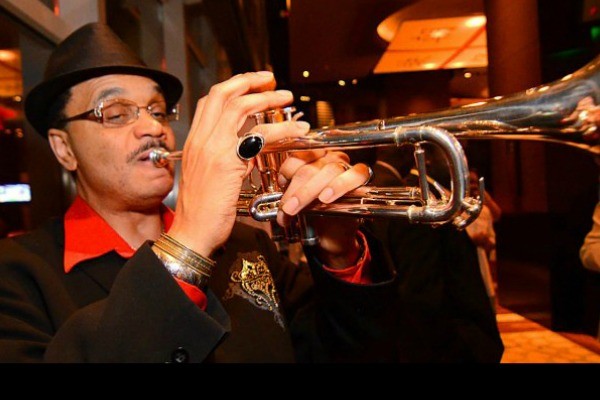 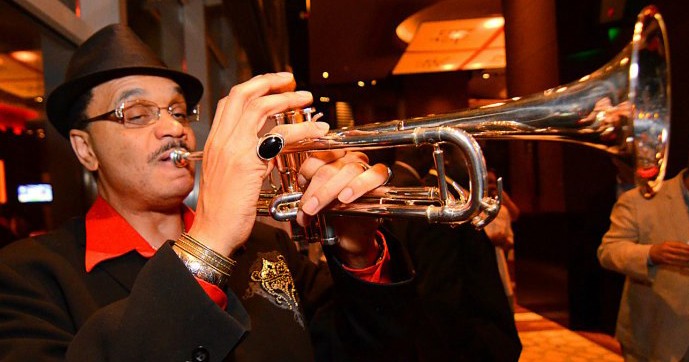 International Recording Artist Randy T. Skinner is a former trumpeter with George Clinton and the P-Funk All Stars. His formal training in music took place at Shaw University in Raleigh, North Carolina and the Berklee College of Music in Boston. A native of Portsmouth, Virginia, Randy is now based out of Atlanta, Georgia, one of the hottest music spots in the country where he performs with numerous bands in the Southeast area including his own group, International Recording Artists Skin-Tones in Pursuit.

The band is composed of all-star seasoned musicians who have performed locally and abroad. Their combined musical experience is immeasurable. The group exudes searing, mood elevating sounds with riveting horns, four dynamic vocalists, and meticulous grooves punctuated by extraordinary Latin, and Afro-Cuban percussion sounds. Randy has performed in almost every city in the United States and abroad including Munich, Zurich and Kalon, Germany, Paris, Amsterdam, Brussells, Belgium, and Switzerland. His musical influences include a wide spectrum of musicians and artists from Kool and the Gang, Earth, Wind, and Fire, Stevie Wonder, Donnie Hathaway, the O’ Jays, to Burt Bacharach and John Coltrane, Charlie Parker, Lee Morgan, Wynton Marsalis, and his personal friend and idol, Freddie Hubbard.

The Self entitled CD, SKIN-TONES IN PURSUIT, features the legendary, Fred Wesley (former musician for James Brown) on trombone. Randy has emerged as an outstanding trumpeter with a captivating style, accentuated by an eclectic fusion of jazz, blues, and funk. You gotta hear h

To book your wedding band!