There is nothing like a Grateful Dead concert. For fans of the jam-band genre, truer words have never been spoken.

TUB was formed in late fall during 2010. Guitarist Brian Haynes reconnected with drummer Alan Eberhardt over their shared love of the Grateful Dead. After that conversation, they were determined to build a band with set lists focused on improvisational music. Brian enlisted keyboardist Robert O’Neal, who recommended Lee Amberson as vocalist for the “yet un-named” project. The line-up was solidified when Greg Staggs moved back to AL to become the band’s regular bassist in 2013. 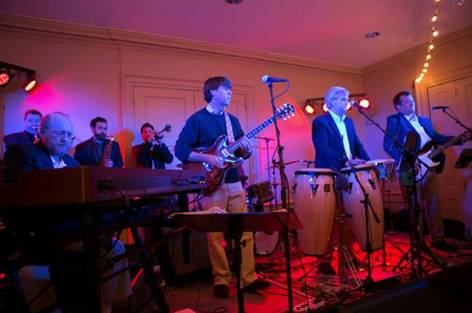 In the current era of tribute bands and exact recreations, TUB was conceived as something different. The idea was simple: share the experience of musical exploration and improvisation that inspired the Grateful Dead with the current generation – but don’t limit the set lists to one band. TUB primarily focuses on the music of the Grateful Dead, Phish, and WSP, but will also flavor their sets with a nod to the Band, Steely Dan and other musically engaging artists. "Basically, they are the Southeast's DSO, if DSO played Phish and WSP as a part of their sets..." At each TUB show, a choice selection of tunes is played with the same attitude as a jazz artist might approach a standard or a classical performer might interpret a composition: the spirit of the original piece is respected while also being rediscovered by the passion and interaction between the musicians and the audience. Every show is unique in terms of the songs performed, the order they appear in, and the unlimited direction of the improvisations. This belief in the power of live music and the interplay between the energy of the fans and the band make each TUB show an unforgettable experience. Each of the band members has a 20+ year resume of playing live music, and is dedicated to the band's primary purpose of sharing and keeping the tradition that spawned bands like the Grateful Dead alive. True Phans and even casual listeners throughout the South are spreading the word: TUB shows are not to be missed!!!!