The Birmingham based band Telluride formed in 1977. Telluride’s first album, “Telluride,” was released at Christmas time in 1980. “‘Birmingham Tonight’ became the most-requested song immediately.
In 1985, Telluride was selected one of the top three bands in the country by the Miller Brewing Company. That led to a contract with RCA records.
In 1985 Telluride made the Billboard singles’ chart.’Breaking Away’ was the name of the song, and Billboard said it was Alabama’s answer to Bob Seger. It got up to number 77. 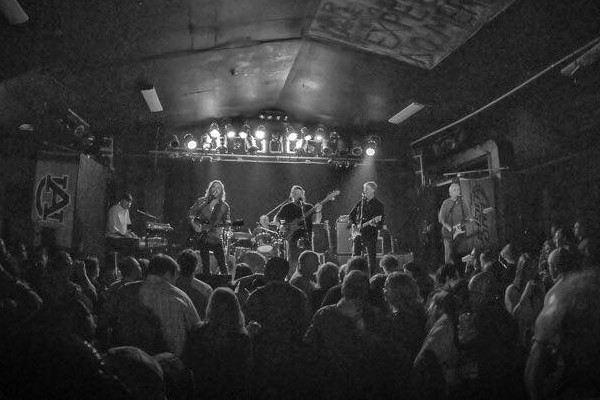 Telluride is a Birmingham-based rock band founded in 1977 by guitarists Moose Harrell and Rick Carter with keyboardist Roger Bailey, drummer Robert Churchill, and bassist Jim Liner. The group started out playing country-tinged rock, but soon focused on rock.
Bailey and Liner left not long afterward and were replaced by Kevin Derryberry and Scott Walker. Other some-time members included Kent Peterson, Barry Waldrep, Joe Breckinridge and Chip Snow.
The band was in heavy rotation in the Southeastern US during the late 70s and early 80s. In 1980 they had a local hit with Derryberry’s song “Birmingham Tonight”, which helped boost regular attendance at their club shows from 100 or so to over 500. Especially well-attended were the “Hotride” shared bills with the members of Hotfoot.
They were finalists in a Miller-sponsored band search contest in 1985, which led to their signing a contract with RCA Records. Their single “Breaking Away” reached number 77 on the Billboard chart that year.
They performed at the 1990 and 1997 City Stages. They were invited to perform at two Alabama gubernatorial inaugurations, and have been named musical achievers by the Alabama Music Hall of Fame, a precursor to being inducted into the hall.
A version of Telluride came together to perform at the Alabama Theatre for PhillipsFest in 2005. Carter, Harrell, Bailey, Churchill and Breckinridge put together a reunion tour in 2008, performing at WorkPlay and at that year’s City Stages.
Carter, as a co-founder of the group, holds the federal trade mark on the name “Telluride”. In 2010 it was announced that he was in a legal battle over the name with the record label of a Nashville-based country band which has scored success on the country charts.