You’re Welcome! The Yacht Rock Revue™ is the Greatest Show on Surf and the finest tribute to ‘70s light rock to ever perform anywhere. Ever. Their spot-on renditions of Hall & Oates, Michael McDonald, Steely Dan, and the rest of the Time-Life Infomercial Catalog have enthralled fans across the United States. It goes without saying they have taken their act to the high seas, performing showcase sets on music cruises with Weezer, Kid Rock, Train, Zac Brown Band, Sister Hazel, and fitness guru Jillian Michaels. Additionally, they have performed with music stars including: Gary Wright, Rick Derringer, Al Stewart, Robbie Dupree, and fellas from Chicago, Toto, and .38 Special. The Yacht Rock Revue is fresh off a gig at the Playboy Mansion and a music cruise with Train, where John Oates joined them on stage to perform “She’s Gone”. 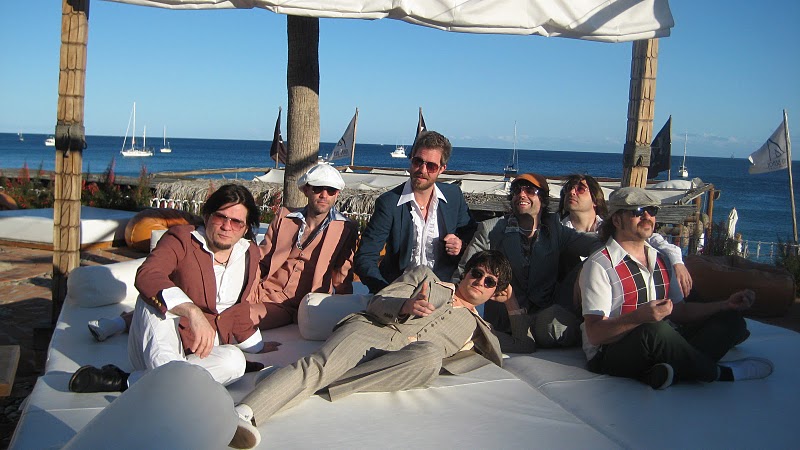 By blurring the lines between a tribute, an original act, and a comedic troupe, the Yacht Rock Revue™ has forged a unique niche market and a special bond with their fans. The band attacks each song as if it were their own, and the energy exchanged between the band and the crowd has more in common with a stadium U2 show than that of a typical bar band.

The band has won accolades ranging from “Best Place to Get Drunk With Your Dad” to “Best Overall Music Act in Atlanta” to “Best Place to Start an Extramarital Affair,” and has been name-dropped by the New York Times, Pitchfork, the Guardian UK, Spin, TimeOut New York, Billboard, MTV.com, and (probably) your mom at her last cocktail party.